Please select at least one sector to be able to search by job.
Share

What are the most in-demand skills in the IT sector in Quebec? 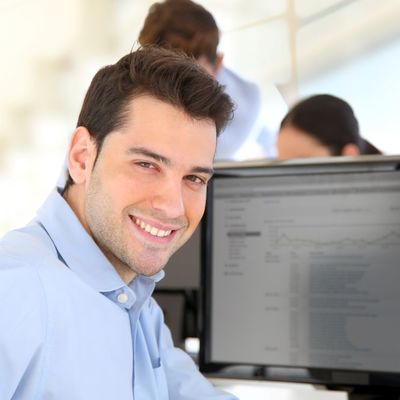 Are you looking to change careers and focus on the IT sector, but don't know what skills you need to succeed?

Here are three skills that are in high demand in the IT sector in Quebec.

If you want an IT job in Quebec, having Java programming skills almost guarantees you a job.

Since its introduction in 1995, Java has become one of the most widely used programming languages for coders. Since the object code of the Java language is not limited to a single processor or computer, it is an excellent choice for creating applications that can be used on several different platforms. It is also widely used in cloud applications and in the Internet of Things.

Java developers should of course have a deep knowledge of the basics of this programming language. They should also be able to navigate in the environments where the code is executed. If you have these skills on your CV, recruiters will certainly show interest in your application.

Are you familiar with the open source operating system Linux? Well, if you are interested in an IT job, many companies may want to hire you right away.

Traditionally regarded as an insignificant competitor of Windows, Linux has now become a full-fledged competitor due to the open nature of its source code. This feature brings substantial advantages to companies in terms of security and flexibility. In addition, this operating system is free of charge and licensing and maintenance costs are generally lower than Microsoft options. This is why it has become the most widely used operating system for servers, mainframes and supercomputers.

It comes as no surprise that recent reports on IT jobs in Quebec confirm that IT professionals with OSS skills such as Linux are among the most in-demand and best paid in the province.

Are you familiar with SQL? Your application is worth its weight in gold to recruiters

First used in the 1970s, SQL (Structured Query Language) is now omnipresent in the workplace. If you want to land an analyst position or any data-centric IT job, it is very important to know the basics of SQL.

SQL can be used to share and manage data securely, especially those in relational databases, which include table-based data. It also allows data to be updated and reorganized according to different schemas.

With the advent of Big Data, databases have become an essential tool for developing successful business strategies and those who know how to use them are in high demand by employers.

Looking for an IT job in Quebec? Benefit from Fed IT’s advice

In conclusion, although having any of these three skills is an asset for any IT job candidate, there are many other ways to stand out and demonstrate your worth to recruiters.

If you would like to know more about other skills you could bring to the table to secure a position in IT, please do not hesitate to contact the Fed TI team. You will receive personalized advice from recruitment specialists.