Please select at least one sector to be able to search by job.
Share 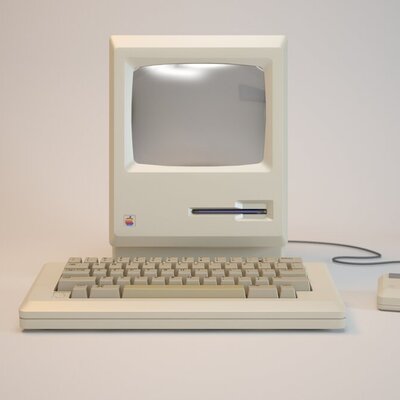 Former Google engineer James Damore, who has since been fired, caused a scandal when he wrote a 10-page memo claiming that the company’s efforts to increase diversity were misguided because men were perhaps better suited to working in technology than women.

Damore’s ideas aren’t borne out by history—women were, in fact, pioneers in computing. They were the first software engineers, and they dominated the field until men, who scorned the field at first, began to actively sideline them.

While many of us are aware of the extraordinary women in leadership positions at today's major technology companies and start-ups, we tend to overlook the early female IT pioneers because their significant contributions have been downplayed for decades.

In order to highlight their outstanding work, the team at Fed IT presents 10 women who changed the tech world.

Ada Lovelace, daughter of the famous British poet Lord Byron, was a brilliant mathematician.   In 1843, she published a translation of an article about the analytical engine written by an Italian engineer, Luigi Menabrea, which she annotated heavily.

Her notes included the first published description of a step-by-step sequence of operations to solve certain mathematical problems. For that reason, Lovelace is now considered to have been the first computer programmer.

Also known as the prophet of the computer age, Lovelace was the first to express the potential of computers outside of mathematics when she hypothesized that the analytical engine could go beyond numbers and be programmed to compose complex musical pieces.

The idea of a machine capable of manipulating symbols according to rules and numbers that can represent concepts other than quantity marks the fundamental transition from calculation to computation.

In 1942, at the height of World War II, Austrian actress Hedy Lamarr and her co-inventor George Anthiel became pioneers in the field of wireless communications.

The pair developed a secret communication system that manipulated radio frequencies at irregular intervals between transmission and reception to create an unbreakable code that prevented classified messages from being intercepted by the Nazis.

Decades later, their technology contributed to the rise of digital communication by providing the technical framework that makes cell phones, fax machines and other wireless devices possible.

Jean Bartik was one of hundreds of female mathematicians hired in 1945 to manually calculate ballistic firing tables for the U.S. Army using mechanical desktop calculators.

When an electronic device was developed to automatically calculate the firing tables, Bartik and five other women were chosen to work on the new machine, called the Electronic Numerical Integrator and Computer, or ENIAC.

Bartik and the rest of the team taught themselves how ENIAC worked and became its first programmers (and arguably the first programmers in the world). Later, Bartik was part of the group that converted ENIAC into a stored-program computer, an important step that improved its efficiency and usefulness.

After serving in World War II, Grace Hopper became a research fellow at Harvard, where she worked on Mark II and Mark III computers before moving to the private sector.

In 1952, while overseeing the programming of the UNIVAC computer at Remington Rand, she and her team created the first compiler, a program that converts language-based instructions into code so that they can be read and carried out by a computer.

The compiler was the precursor of Common Business Oriented Language (COBOL), a computer programming language. This earned Hopper the title “mother of COBOL”, because her work formed the basis of the language.

Hopper is also credited with popularizing the terms "computer bug" and "debugging." The terms were inspired by an incident that happened during her time at Harvard, when it was revealed that a moth had short-circuited the Harvard[SB1]  Mark II computer.

In 1949, during an era when African-Americans were persecuted and excluded from almost every aspect of American society, Evelyn Boyd Granville succeeded in becoming the second African-American woman in the country to earn a PhD in mathematics.

Granville held several teaching positions before landing a job at IBM in 1956.

Granville then worked on the Apollo program at North American Aviation.

Margaret Hamilton accomplished a significant amount over the course of her illustrious career, most notably in her work for NASA.

In the 1960s, she led the team responsible for developing software for the lunar module control and guidance systems and in-flight control systems for the Apollo missions.

Hamilton, who coined the term “software engineer” to describe her work, had to start from scratch with her team, because no school taught the required skills at the time. Hamilton focused her efforts on software that would detect system errors and recover information in the event of a computer crash.

Her approach to developing the project’s software and her insistence on rigorous testing were critical to the success of the Apollo 11 mission.

Talk about a woman ahead of her time! Joan Ball pioneered the concept of computer dating when she opened the St. James Computer Dating Service in England in 1964.

The business really took off in 1970, once improvements were made to the computer technology. The improved tech could analyze questionnaires from 50,000 members about what they were looking for in a potential partner and provide them with contact information for their 4 best matches.

Ball, who published her autobiography in 2015, had this to say about her business: “When I first looked into it, I thought, “This is fantastic.” (…) We had so many marriages, it was unbelievable.”

The next time you go online or buy a domain name, think of Elizabeth Feinler. Feinler was responsible for creating and managing the ARPANET for the Department of Defense, a network that was a forerunner of the modern internet.

She also led a team at SRI International that developed the internet's first yellow and white page servers, as well as the first query-based network host name and address WHOIS server.

From 1972 to 1989, she was also responsible for managing the Host Naming Registry for the internet. As part of this endeavour, she and her group developed the domain naming scheme that includes .com, .edu, .gov, .mil, .org and .net, which is still used on the internet today.

Janese Swanson developed the popular video gameWhere in the World Is Carmen Sandiego ?. In 1992, she started her own company, Kid One for Fun, to concentrate on inventing her own tech toys.

When her first licensed toy was marketed exclusively to boys, Swanson knew she had to do something to change public perception about the kinds of toys girls want to play with.

In 1995, she founded a company called Girl Tech to develop products and services that would encourage girls to use new technology like the internet and video games.

Swanson sold Girl Tech in 1998 for $6 million and became an art teacher, using computer technology in the classroom to encourage her students' creativity.

In 1992, when Dubinsky joined Palm Computing, it was a start-up of just eight people, one of many companies working on developing a personal digital assistant.

Under Dubinsky’s leadership, Palm was able to release the first personal digital assistant before its competitors, creating a multi-billion-dollar market that it went on to dominate with a market share of over 70%.

Today, Dubinsky is working on developing a computer memory system modeled on the human brain.

What if you could be the next tech pioneer?

These pioneering women are just a few of the many brilliant female minds who have changed and continue to change the tech world. There are many other women whose work deserves similar recognition.

What if you could be the next tech pioneer? Check out all of the IT job offers from Fed IT clients or send us a spontaneous application to set your career on the right track.